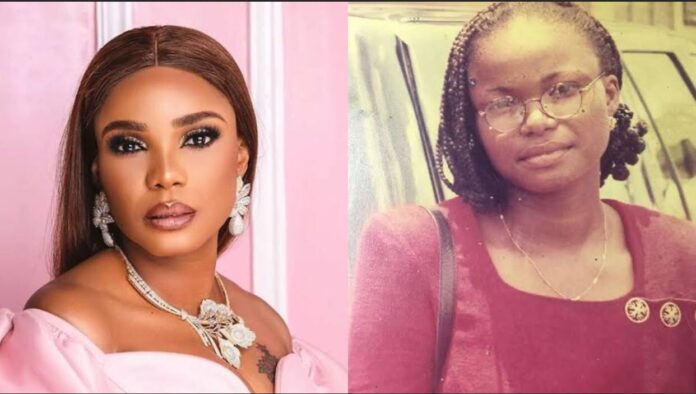 Iyabo Ojo is a Nollywood star actress, director, producer and entrepreneur. Talking facts about Iyabo Ojo, she was born on December 21, 1977.

According to Wikipedia, the actress who grew up in Lagos is currently 44 years old. She’s very also famous in TikTok with 1.3 million followers.

There are some ten facts you might want to know about the Iyabo Ojo, which has made her stand out among her colleagues.

1. Iyabo Ojo is a divorced mother of two children which are Festus Oladunjoye Ojo and Pricilla Ajoke Ojo.

2. She married a movie marketer while some people say he’s a carpenter, Mr Ojo when she turned 21.

3. She has been raped in five different cases.

4. She brought up her two children herself.

5. She left acting when she discovered she was pregnant with Festus and later came back due to some crash.

6. Iyabo and Mr Ojo divorced in 2001 because she wasn’t happy in the marriage.

8. She shared her wedding pics to clear the air about what a blogger named Kemi Olounyo said about her never married to Mr Ojo.

9. She once explained on her Instagram that on her wedding night, her husband said he married her because of her pregnancy that he never loved her.

10. She’s the CEO of Fespris Limited, a collection in enterprises. Fesprise consists of Abula spot, lounge and bar and other subsidiaries.