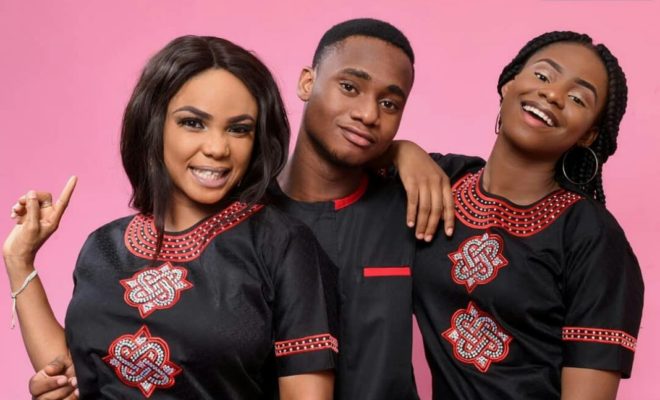 She’s also the founder and CEO of Fespris Limited. She’s a divorced mother of two children which are Festus Oladunjoye Ojo and Priscilla Ajoke Ojo.

Nollywood actress, Iyabo Ojo has two children, one male and female. They are Festus Oladunjoye Ojo and Priscilla Ajoke Ojo.

Festus Oladunjoye Ojo is the first son of a noble Nollywood star, Iyabo ojo. He was born on 21st June 1999. His name on Instagram is Festus Baba.

He’s a Nigerian entrepreneur, the CEO of the Fedel Wears which deals with T-Shirt, shorts, slippers, hoodies. He’s an Instagram brand influencer.

It was because of his pregnancy his father married his mother. He had his primary and secondary education in Lagos. He further his education in Istanbul, Turkey. His net worth is $100,000 Us dollars.

Priscilla is the first daughter and second-born of noble Nollywood star actress, Iyabo Ojo. She was born on the 13th of March 2001.

She’s a model, part-time actress, influencer. She has done a lot of endorsement with top companies the likes Coca-Cola and co.

She had her primary and secondary school education in Lagos. She was born and brought up in Lagos but she hails from Ijebu, Ode. She’s studying media and theatre arts at Babcock University, Ogun – state.

She signed ambassador deals with Viskit, Hegai, Esther a premium Afro ethnic, makeup brand. Her net worth is $200,000 Us dollars.