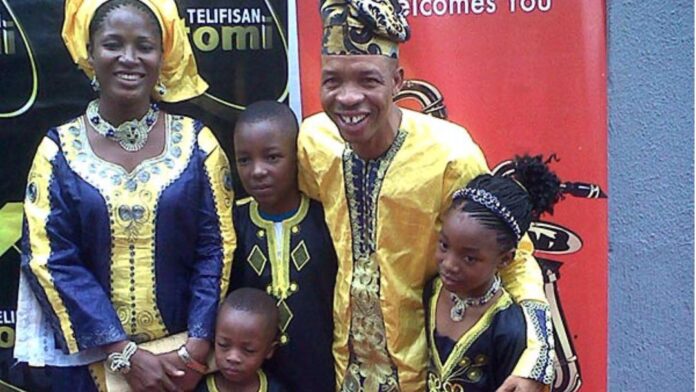 Hafiz Oyetoro popularly known as Saka is a Nigerian comic actor and lecturer who is married to Olaide Oyetoro and they have three children.

According to Wikipedia, Hafiz Otetoro was born on 20 August 1963 at Iseyin Town,  Iseyin Local Government Area of Oyo State.

The comic actor is presently doing his doctorate degree at the Institute of African Studies, University of Ibadan (UI).

Hafiz Oyetoro got married to his wife, Olaide Oyetoro in 2003 and has been living happily since then.

Munim Oyetoro is the last born and only daughter of Comic actor, Hafiz Oyetoro