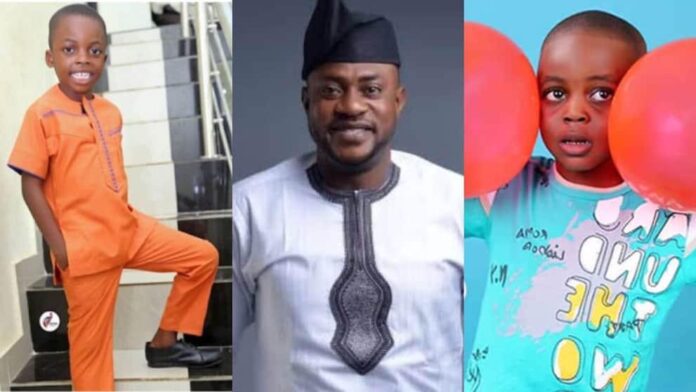 Odunlade Adekola is a Nollywood actor and producer. Odunlade is happily married to Ruth Adekola and their union is blessed with four children.

Adekola was born on the 31st of December, 1978 in Abeokuta, Ogun State capital. He has been in the industry since 1996 as a professional actor.

Odunlade got married to Ruth Adekola in December 2003 and God has blessed them with four kids.

Talking about Odunkade Adekola’s children. Information about his first two children are known in the public but his third and fourth born is what we will be giving you many details about. They are Adetoun and Adedore Adekola.

Adekola Adekola is the last born of the actor, Odunlade Adekola. He was born on November 23, 2015, in Abeokuta, Ogun State Capital.