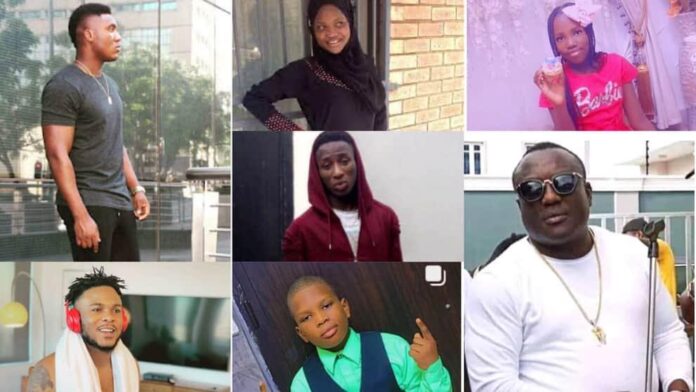 He was born on the 7th of August, 1969. Osupa has been in the Nigerian local music industry for over 3 decades singing great songs for his teaming fans.

According to Wikipedia, Saheed Osupa presently has 2 wives and 8 children. The wives are Azeezat and Muinat.

Osupa did his primary ad secondary education in Lagos and finished in 1987. He proceeded to Ibadan Polytechnic for his National Diploma. He graduated from there with a National degree in Business Administration.

Suliat Okunola is the first daughter and second born of Nigerian Fuji star, Saheed Osupa. She celebrates her birthday on the 6th of June.

Ridwan Okunola is the firstborn and first son of Fuji singer, Saheed Osupa. Ridwan is happily married with a daughter named, Roimat.

Wasiu Okunola is another son of Nigerian singer, Saheed Osupa. He celebrates his birthday on the 7th of March every year.

Okunola Maleek is another child of Nigerian Fuji Star, Saheed Osupa. He celebrates his birthday on the 4th of September.

Okunola Abeni Taibat Yewande is the last born and last daughter of Nigerian Fuji Musician, Dr Saheed Osupa. She celebrates her birthday on the 28th of August.

The two other are Okunola Moshood and Okunola Quadri. We will be giving information about them as soon as we have it at our disposal.