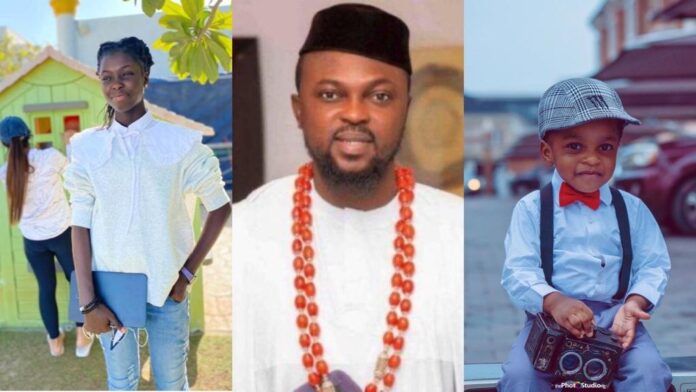 He is not only a competent actor but a movie director, a movie producer. His nickname on stage is Awilo. He always celebrates his birthday on the 15th of January every year.

READ ALSO: 10 Facts That Might Interest You About Nollywood actor, Kolawole Ajeyemi

She celebrates her birthday every 15th of September. She’s a professional model. She models for Toyin Abraham’s hairline, plush hair by Toyin. She’s an actress too.

She just finished her secondary school at Faith Inheritance college. She’s an actress and brand influencer. She had released a movie called ‘ say no to child abuse. She has also featured in her dad’s movie called ‘Jamal’.

Ireoluwa is the son of a noble Nollywood actor and actress, Kolawole Ajeyemi and Toyin Abraham. He was born on the 13th of August, 2019.

He launched his educational app in December 2020. He has won the most influential baby awards in Ibadan.