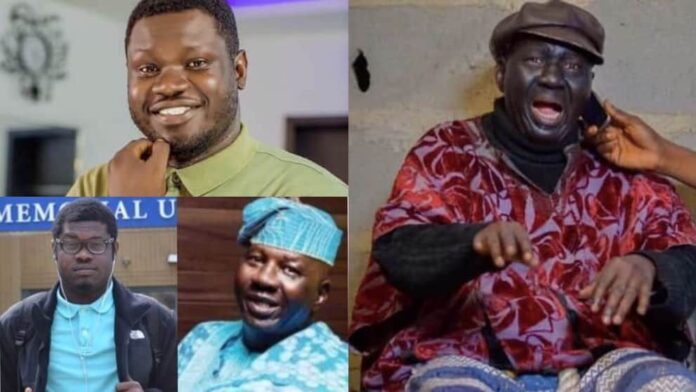 Veteran Yoruba actor, Babatunde Omidina popularly known as Baba Suwe was happily married to his late wife, Omoladun and the union was blessed with two children while Baba Suwe has another child before marrying Omoladun.

Babasuwe was born on the 22nd of August, 1968 at Lagos Island of Lagos, Southwestern part of Nigeria.

In 1995, Babatunde Omidina got married to the love of his life who is also a theatre practitioner, Omoladun Omidina and their marriage was blessed with two children, Okiki Omidina and Halimat Omidina

Their love journey ended in 2009 when death took the life of Omoladun and put end to the 14 years marriage making Baba Suwe out of marriage since then.

Babatunde Omidinna has three children from his marriage with Omoladun. Thre names of the children are Junior Omidina, Okiki Omidina, Halimat Omidina.

Little information about Baba Suwe children is unknown but we will be sharing some pics of them.