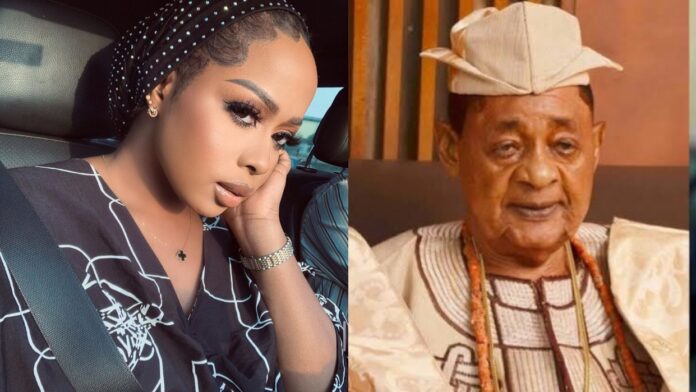 Lamidi Olayiwola Adeyemi III was the Alaafin, or traditional ruler, of the Yoruba town of Oyo, Olori Badirat Adeyemi was one of his wives of Alaafin.

According to Wikipedia, Oba Lamidi was born on the 15th of October, 1938 in Oyo town and died on the 22nd of April, 2022 in Ado Ekiti, the EIkiri State Capital.

Badirat Adeyemi Olaitan was the queen of late Alaafin of Oyo, Oba Lamidi Adeyemi. She is a brand influencer and brand ambassador. She was born in 1994.

She attended Emmanuel Alayande College of Education in Oyo and also obtained a degree in Education Management at the University of Ibadan.

Olori Badirat reportedly divorced Alaafin in 2020 and she had since then justified divorce in marriage. Before the divorce she had two boys for the kings, the boys are twins.

She is an active user of Instagram with 415k followers with a handle @queenola2. Her net worth is estimated at 200 thousand dollars.

16 Things You Need To Know About The Late Alaafin of Oyo, Oba Lamidi Adeyemi

Top Ten Most Dangerous Prisons In The World (Photos)