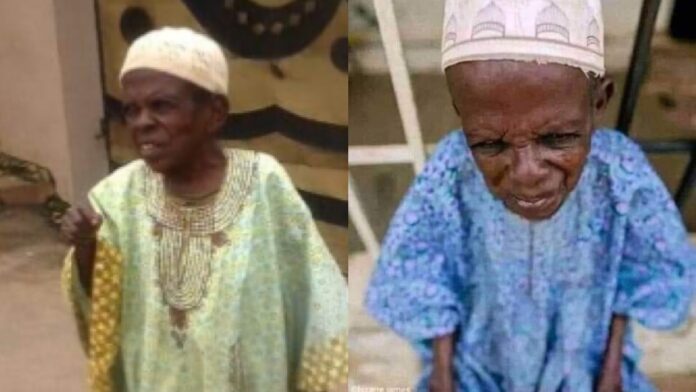 Morenikeji Lasisi, popularly known as Baba Kekere, is a palace messenger who has since 1945 served three generations of monarchs in Oyo.

Baba Kekere of the Oyo kingdom is said to be over 100 years old, though his date of birth is unknown because there is no account of his year of birth.

A historian and journalist, Ogunmiloro Kenny disclosed that Lasisi first ran errands for Oba Adeniran Adeyemi II, who is the father of the late Oba Lamidi, and he did it till 1956 when the Oba Adeniran died.

Lasisi then served Oba Gbadegesin Ladigbolu II from 1956 until the monarch passed away in 1968. After the death of Oba Gbadegeshin, he then began to serve Oba Lamidi Adeyemi III, between 1970 and 2022.

Baba Kekere is said to have gotten the name due to his diminutive size. Recall that the Alaafin of Oyo, Oba Lamidi Adeyemi III passed away last Friday, April 22.