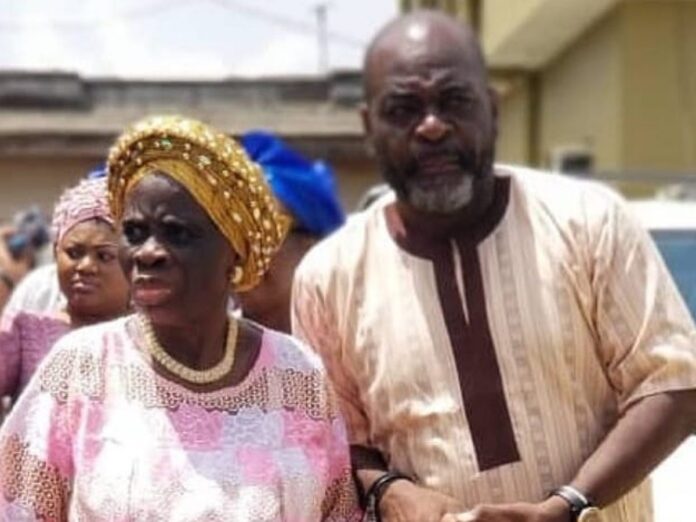 Funsho Adeolu is a prolific Yoruba Nollywood actor, scriptwriter, movie producer and director, he has a mother, Hannah who just passed away in 2021.

He became famous when he was featured in the movie, “Countdown at Kunisi”.

He is a multitalented actor and movie producer. He is respected, skilled, creative and hard-working. He was born on the 09th of May, 1968. He is the CEO of Flynest Media.

He became famous when he was featured in the movie ” Countdown at Kunisi”. He married his beloved wife, Victoria Adeolu in 2005 and their union is blessed with two boys; Olamide Adeolu and Akorede Adeolu.

Funsho Adeolu’s mother’s name is Hannah Adeolu Adegoye nee Oduleye. She is the biological mother of Funsho Adeolu. She celebrates her birthday every 22nd of January.

On the 21st of November, 2021, Hannah Adeolu Adegoye left this sinful world. Funsho Adeolu took his Instagram page to announce the death of his beloved mother. Funsho’s mother died at 79 years old.

He captioned a one minute video with his late mother on his Instagram handle.

” I miss you mum but I’m sure you are in a better place. Sleep well Hannah”.