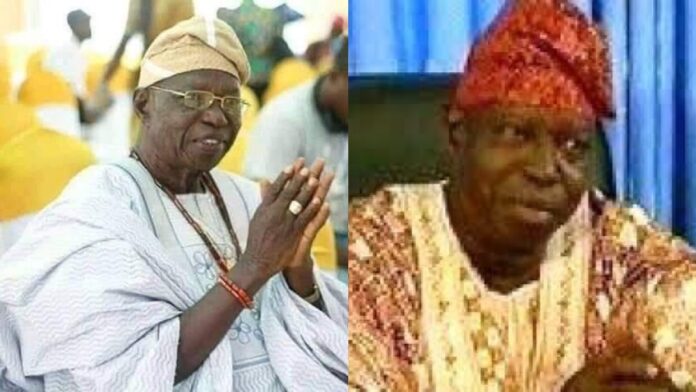 According to Wikipedia, Lere Paimo was born on the 19th of November 1939 at Ogbomosho, Oyo State, Southwestern part of Nigeria.

Lere Paimo is a Nigerian filmmaker, producer and director born on the 19th of November, 1939 at Ogbomosho, a city in the State of Osun.

Chief Lere Paimo was born and grew up at Ogbomosho, a city in Oyo State before relocating to the centre of excellence.

Cheif Lere began his acting career in 1960 after he joined the Oyin Adejobi theatre group, a theatre group founded by Pa Oyinade Adejobi.

After then, he joined Duro Ladipo’s Theatre Group where he was featured in a stage play titled Obamoro with the role of “Chief Basa.

In 2005, Lere Paimo was given a National Award of Member of the Federal Republic (MFR) by Chief Olusegun Obasanjo, the former president of Nigeria to recognise his immense contribution to the movie industry.

In May 2013, the report has it Chief Lere Paimo had a partial stroke. To God be the glory, he survived the attack.

Lere Paimo at Who Want Become A Millionaire

To the surprise of fans and well-meaning lovers, he won N1m cash prize in a Nigerian game show, Who Wants To Be A Millionaire in April 2014.

Lere Paimo net worth is estimated at 1 million dollars, money he got from acting and endorsement.