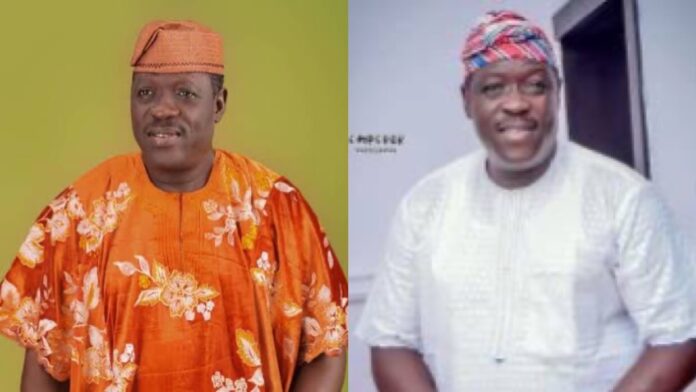 The biography of Taiwo Hassan popularly known as Ogogo, a Nollywood actor, filmmaker and producer. Taiwo is a gem in the Yoruba Movie industry.

According to Wikipedia, Ogogo was born on the 31st of October 1959 in Ilaro, a town in Ogun state, Southwestern part of Nigeria.

Taiwo Hassan had his primary education at Christ Church School, Ilaro. He then proceeded to a technical college where he got trained as an automobile mechanic.

Ogogo started acting in 1981, this was shortly after he got a job at the water corporation as an auto mechanic. He worked at the corporation for about 13 years.

In 1994, Hassan retired from government work to concentrate on acting and since then he has become an icon in the Nollywood industry.

Taiwo Hassan is a family man with two wives and six children. Out of the two wives, the first one is a Christain while the second wife is Muslim.

He is a native of Ilaro town in Ogun State, Southwest part of Nigeria. Ilaro is the headquarters of the Yewa South Local government and also the inhabitant of the Yewa/Egbado people.

The father of Taiwo Hassan Ogogo is Taiwo Subaru Akande. He is from Ilaro Town in Ogun State, Taiwo Sabaru is late, he died in 1970, 52 years ago.

Ogogo is an active user of Instagram just like many other Nigerian celebrities. The actor has 325k followers as of January 2022 with a handle @ogogotaiwohassan.

Taiwo Hassan Ogogo net worth is one of the richest Yoruba actors in Nigeria. His net worth is estimated at 2 million dollars.