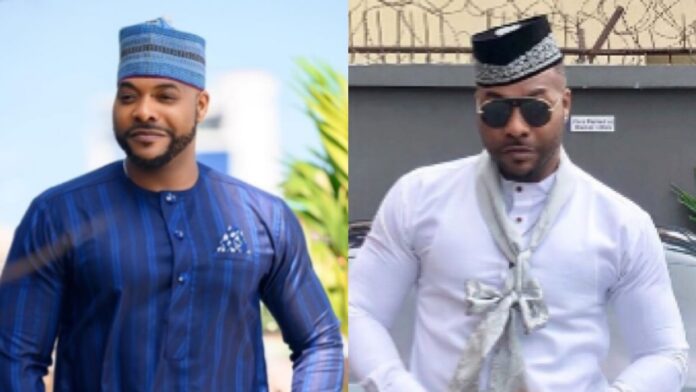 Bolanle Ninalowo is a prolific Nollywood actor, accountant, movie producer and entrepreneur who has been in Nollywood for some years now.

According to Wikipedia, Bolanle was born on the 7th of May, 1980 in Ikorodu, Lagos State, Southwestern part of Nigeria.

He is popularly recognised as Nino B. He is a brand ambassador for Baileys, Jagaban Distillers and so on. He is talented, skilled and hard-working. Below is the list of things you need to know about Bolanle Ninalowo.

Things You Need To Know About Bolanle Ninalowo

2. He is the second child of a family of seven children.

3. He had both his primary and secondary education in Lagos State.

4. He furthered his education in the U.S.A to study accounting at Devry University.

5. He entered the movie industry as a movie producer.

6. He began famous when he was featured in the movie ‘ Desperate Baby Mama’.

7. He is the founder of Ninos Global Technology based in the United Kingdom.

8. He runs a perfume business.

9. He married the love of his life, Bunmi Ninalowo.

10. He is blessed with two children; Aliyah and Morankiyo Ninalowo