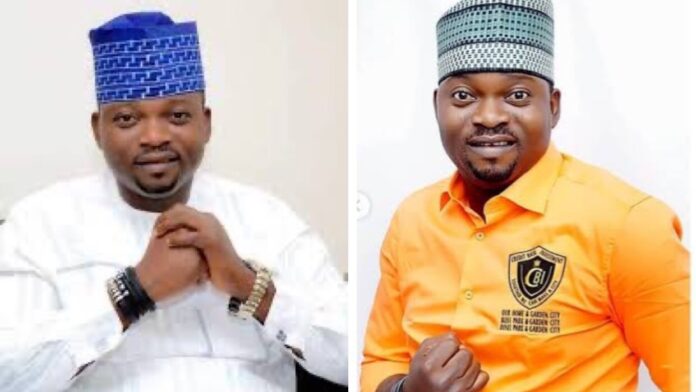 The biography of Adekola Tijani popularly known as Kamili Kompo, a Yoruba actor and producer known for performing comic roles in movies.

Adekola Tijani was born on the 1st of May, 1975 in Ibadan in Oyo State and also hails from the Southwest state.

Adekola Tijani is a Nollywood comic actor, producer and MC born on the 1st of May, 1975 in Oyo State, Southwestern part of Nigeria.

Adekola Tijani was born into a polygamous home, when he was at the age of 3 he and his mother relocated from Oyo to Lagos. Some years after he went back to Opapa, Oyo and did his secondary education there before relocating finally to Lagos.

Adekola Tijani interest and passion for acting began while he was in primary school between 1984 and 1989 and he decided to turn his passion into a career.

In 1992, he joined Prince Seyi Adeoye Theatre Group in Lagos where he met with his acting partner, Olaniyi Afonja who is popularly known as Sanyeri.

Kamilj confirmed to the media that he once worked at a bakery, cleaning bread cans to meet his daily needs.

The comic actor has featured in so many movies. Some of them are:

Adekola got married in December 2007 to the love of his life, Kuburat Tijani Temitope. The union has been blessed with two kids.

The wife of Adekola Tijani is Kuburat Tijani Temitope. They got married in December 2007 ad the marriage has been blessed with two kids.

Adekola Tijani has two children, a boy and a girl. Much information is not known about his children.

Adekola is an active user of Instagram. His handle is @adekolatijani1

The net worth of comic actor, Adekola Tijani is estimated at $1.5 million