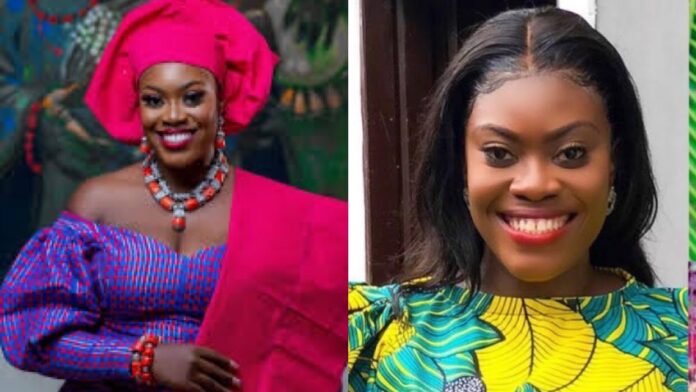 The biography of Khadijah Ayoade. a Nigerian actress, producer and director who is well-known for her ability to interpret her roles well.

The veteran actress was born on the 1st of September, 1991 in Ibadan, Oyo State. Apart from acting, she is also an entrepreneur and brand influencer.

Khadijah Ayoade was born and raised in the ancient city of Ibadan, Oyo State. She was born on September 1st, 1991 in the Southwestern part of Nigeria.

Khadijah had her primary and secondary school education in Ibadan. She then proceeded to the University of Ibadan and bagged a Master’s degree in Theatre Arts.

Khadijah Ayoade’s acting career started in 2013 when she starred in the movie The Reporter. In 2016, she wrote the screenplay for the movie Ookun where she played the lead role.

She has starred in several movies like Ayewo, Iya Ibadan and many others. Apart from being an actress, she is also a brand influencer and entrepreneur. Khadijah has a store named Dijah Stores.

She is an Invaluable actress who has been supportive in the Nollywood movie industry.

Khadijah lives a personal life and she is known to be an easy-going person. She shared the good news with fans last year as she showed off her engagement ring.

She is married but little is known about her relationship. The actress revealed that she loves her man and her husband is her best friend.

Khaagijah Ayoade mom is Mrs Ayoade. She celebrates her on the 23rd of August. She was described by her daughter as her favourite human being.

She is an active user of social media. Her Instagram handle is @Khadijahofficial.