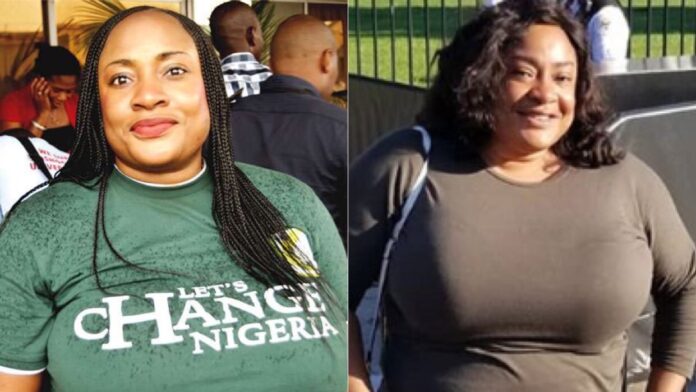 The biography of Foluke Daramola Salako, a Nollywood actress, producer and director. She is well known for her talent and creativity.

She was nominated for Africa Movie Academy for best actress in a supporting role in 2013. She is well known for her uniqueness and ability to act roles perfectly. She knows how to interpret roles perfectly.

Foluke hails from Ekiti State, the Southwestern part of Nigeria and grew up in Lagos, Nigeria.

In a 2016 interview, she disclosed that she has been raped when she was a teenager. She says ladies to see big boobs as a blessing and not a curse.

She said she loves her big boobs. She further explained how most guys got attracted to her boobs, not her.

She is a graduate of Obafemi Awolowo University. She has a Bachelor’s degree in International Relations.

In 1998, she produced her film debut in a series titled ‘Palace’. She has also featured in Durodola and Above Law. Her film Cobweb got her Africa Movie Academy Awards.

She said her movie is from her life experiences. She is the founder of ‘Action Against Rape in Africa’. It’s a movement that seeks to curb rape and bring its perpetrators to book.

She is married to Kayode Salako. They married on the 15th of February in 2013. The man happens to be her second husband. She departed from her husband in 2008. She has two children for Mr Salako.

She is an active user of social media. Her Instagram handle is @folukedaramolasalako. She has 839k followers and 572 posts as of January 2022.

She is a hardworking actress, producer and director. She has a net worth of 850,000 dollars.