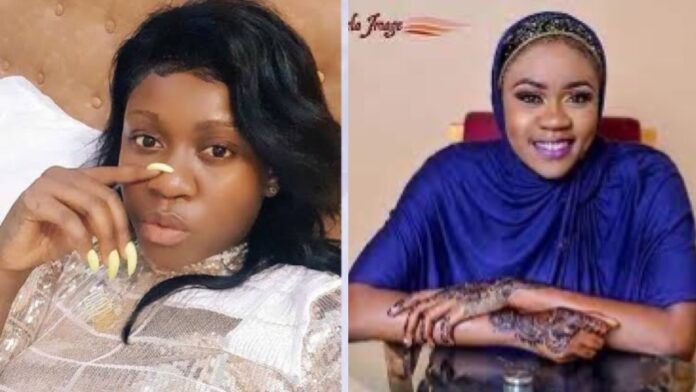 Olayinka Solomon who’s widely known as Ogo Mushin is a Yoruba Nollywood actress, producer and model. She became recognised with the movie ‘ Omodara’ in which she co-starred with Femi Adebayo.

She is celebrated for her amazing style of acting. She is talented and skilled.

She was born on the 17th of September. Her year of birth is undisclosed. She loves flaunting her mother and siblings on Instagram.

She is an indigene of Lagos State. She celebrates her birthday every 17th of September. She spent most of her life in the Southwestern part of Nigeria. She didn’t disclose her educational background.

Olayinka Solomon, a beautiful actress who ventured into Nollywood Film Industry in 2005 has succeeded more than expected. She took a break from acting for some unknown reason and returned in 2018.

Olayinka has featured in several movies which include;

There was a rumour that Olayinka is married to veteran Nollywood actor, Ibrahim Chatta even to the extent of having a son for him named ‘Malik’.

She debunks the viral news by posting her lavished wedding pictures and video with her U.S based lover, Olasunkanmi Mabinuori on the 17th of September, 2021.

She agrees to the fact that they lived together but did not date each other. She says that Ibrahim is just a senior colleague to her in the industry.

She is an active user of social media. Her Instagram handle is @olayinkasolomon01. Her Twitter handle is @OlayinkaSolom19.

She has an estimated net worth of 5 million dollars