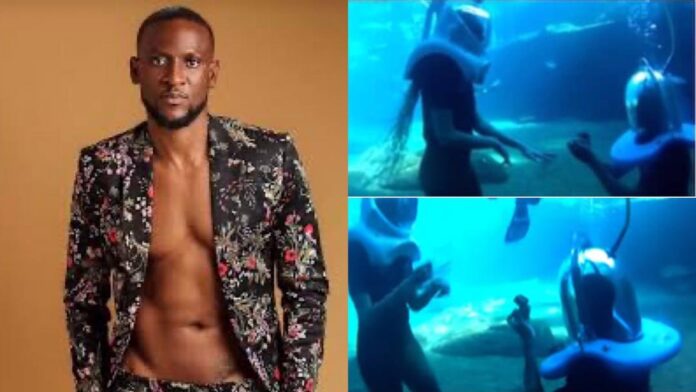 BBNaija season 4 star, Omashola Oburoh, well known as Omashola, has caused a stir on social media as he proposed to his girl in a grand style.

The reality TV show star made a proposal to his girlfriend under a pool of water with lots of excitement and celebration.

Omashola shared the video on his Instagram page as he disclosed that the proposal took place last year and it was a secret one.

In the video. Omashola went down on a knee and proposed to the lady who was so excited despite being under the water.

He wrote with video: “2021 has a lot of secrets but my biggest highlight was when she said YES and the rest is history.