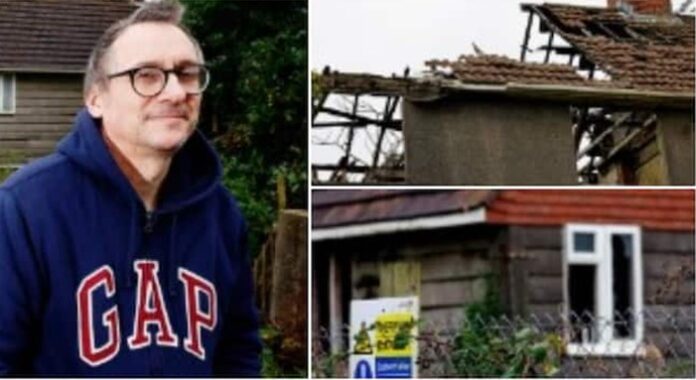 A 53-year-old identified as Leslie Southam man has disclosed that the world will end in 7 years following the signs that he observed.

The United Kingdom man is saying with confidence that the world would come to an end in the next 7 years and everyone should wait for it.

The UK Newspaper, The Sun reports that Leslie presently resides in an abandoned estate located in Brynmefys, Wales, UK with his elderly parents.

They acquired their property in the 1980s and they have renovated it a while, which has made it is a dilapidated state.

READ ALSO: How robber entered my house and took me away nak3d – Ibadan resident narrates

In an interview he granted with Wales Online, Leslie noted that the current coronavirus pandemic is one of the signs that end time is coming soon.

He noted the rotting carcasses of homes, dumping of refuses and collapsing roofs which he argued are the handiwork of nature that wants to reclaim its land

He says “The way things are going, it’s only going to be seven years at most.”