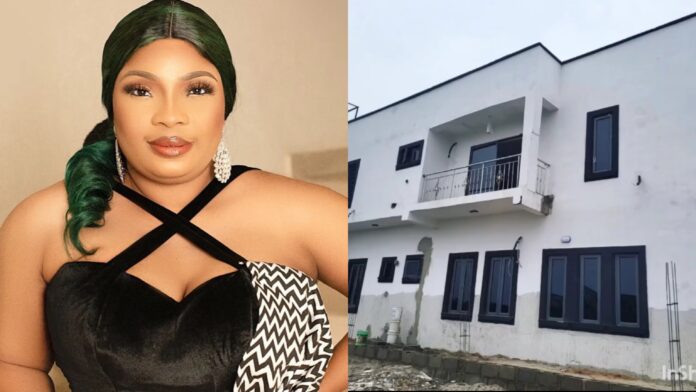 Popular Nollywood actress and producer, Laide Bakare has expressed her gratitude to God Almighty for finally making her become a house owner.

Taking to her Instagram, the actress revealed that someone she once helped sent her packing from her house but today, she has more than 4 houses in Lagos State.

Laide Bakare recently announced the opening of her new house in Lagos and the house waring is coming soon. Fuji singer, Wasiu Ayinde and his HipHop counterpart, Portable will perform at the event.

“Someone I once Again helped to be a great person in life, Told me “Get out of my house” And Today I’m a proud owner of more than 4 houses in the heart of Lagos. #happyinternationalwomensday Olaide to so theater do owo meaning, (Olaide doing to become rich person).

Many of her lovers took to her comment section to congratulate her. See her comments below;