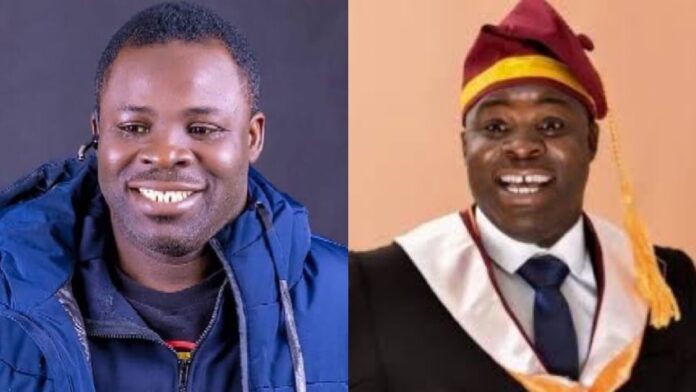 The biography of Muyideen Oladapo popularly known as Lala. He is a Nollywood actor, producer, and director. He has been acting for decades

He is recognised for his amazing skill in his acting career. He bags his second degree at the University of Lagos recently.

He is a Nollywood actor who struggled to achieve his dreams. He was born on the 28th of January, 1970 in Osogbo. He is an indigene of Osun State, the Southern part of Nigeria.

He comes from a humble family, yet his education has always been his first priority. His mother is still alive, but his father is late.

His father was a farmer, and my mother is a trader who sells pepper, okro, and other items. That is why he was known as Omo Iya Oni-Ila (son of an okro seller).

Muydeen Oladapo had his Primary education at Ansar-udeen Primary School and Secondary School in Osogbo. He obtained his Bachelor’s Degree in Dramatic Arts from Obafemi Awolowo University, lle-lfe, Osun State, Nigeria. In 2022, he bagged his master’s degree from the prestigious University of Lagos, Lagos State (UNILAG).

In 1991, Oladapo began his acting career by joining the Dagunro Theatre Group, which was led by Fasasi Olabakenwin (Dagunro).

He spent seven years with him before handing him over to late Yomi Ogunmola, who continued to train him. Muyideen Oladapo well known as ‘Lala,’ is a top-notch movie director and versatile actor who has been in numerous Nigerian films and whose visage has been imprinted in the hearts of many Nigerian film fans.

The prolific actor is married to the love of his life and has a wonderful family. He is blessed with two children (one boy and one girl), one of them is already following in his footsteps and pursuing a career as an actress.

He is an active user of the internet. His Instagram handle is @lala_dapo. He has 174k followers and 218 posts on his page. His Twitter page handle is @omo_university with 52 followers.

Oladapo has an estimated net worth of 100,000 dollars.