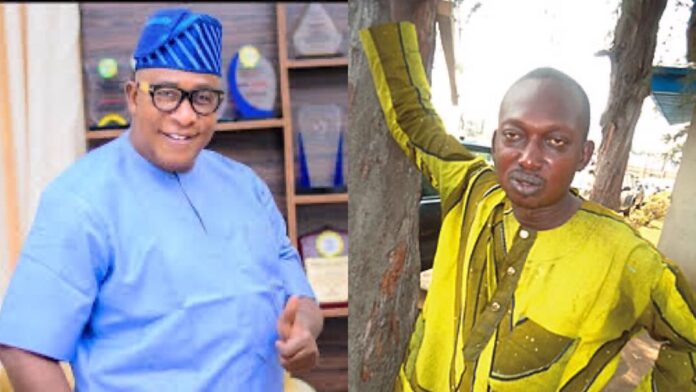 Opebe disclosed that the good deed of Adebayo Salami is responsible for the success of all his children in all their endeavours.

According to him, Oga Bello fed lots of actors who had come to him without any complain regardless of their numbers.

In a recent interview he granted with Nigbati TV, Opebe said he and Baba Suwe usually trek to Oga Bello’s house to beg for money when going for rehearsal back then.

Excerpt from the interview;

“In those days, there was love in this job, I remembered when we had nothing and we wanted to go for rehearsal, we will go to Oga Bello’s house to beg for money.”

“He will give out money of the money he makes from the movie you didn’t even partake, even if you didn’t ask, he already knows what you want.”

“When it comes to feeding, the moment they finish cooking one meal they start cooking another one.”

“Femi Adebayo’s mother really tried for us actors then, she’s the one that use to do all the cooking and she never complained”.

“Definitely, their children will be successful because they have done something good in the past.“

“So if anybody develops a hatred for his children, he’s surely doing it himself.”