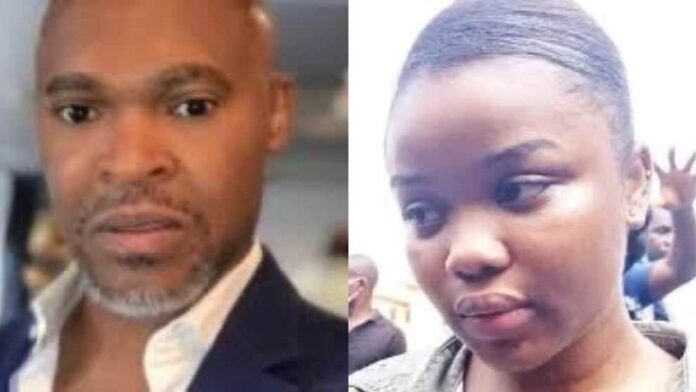 Murder Suspect, Chidinma Ojukwu who is a student of the University of Lagos, has pleaded not guilty to the murder case charged against her.

According to The Punch, the 22-year-old lady and the other key suspect, Adedayo Quadri both pleaded not guilty of the murder of the Super TV Chief Executive Officer, Usifo Atag

They were arraigned before Justice Yetunde Adesanya of the Lagos State High Court sitting at the Tafawa Balewa Square.

The duo pleaded not guilty to the eight counts of charges bordering on murder, forgery, and stealing.

READ ALSO: ”I dreamt of this day back in high school” – Secondary schoolmates get married after 17 years of friendship

Chidinma’s sister, Egbuchu Chioma whom the late Ataga’s iPhone 7, was reported to have been recovered was also arraigned alongside her sister and the other key suspect.

Chioma, however, also pleaded not guilty to the 9th count of charges of being in possession of the stolen property.

They are being prosecuted by the Lagos State Department of Public Prosecution, Olayinka Adeyemi.