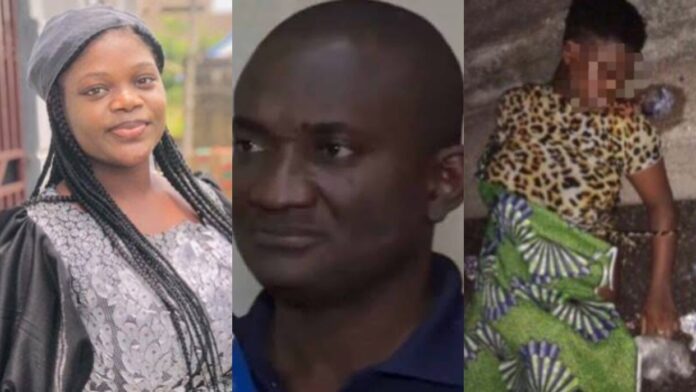 Oluwabamise Toyosi Ayanwole which everyone knows as Bamise is a young promising lady of 22 years old. She is the last born of her parents.

Her parents have aged already; her mom is 74 years old while her dad is 84 years old. She is a hardworking and focused lady.

She has an elder brother, Pelumi Abegunde, and two other older sisters; one of them is Titilayo. She is diligent and talented.

There are some things you need to know about Bamise’s death.

Ten Things You Need To Know About Bamise’s Death

1. She is a fashion designer. She works at Chevron, Lekki.

3. She boarded the bus at the Chevron bus stop heading to Oshodi around 7 p.m. She was going to her elder brother’s house, Pelumi Abegunde at Idimu.

4. She alerted her friend, Felicia Omolara via WhatsApp about the bus she boarded.

5. The name of the driver that drove the bus she boarded is Andrew Nice Ominikoron, a 40 years old man.

6. She was tossed out of a BRT with a suspicious SUV jeep following at Ebute Ero, along Carter bridge Lagos Island with her private part mutilated.

7. She died on the scene screaming for help on Cater bridge by the ogogoro community, Lagos Island.

8. Her corpse is deposited at Mainland Hospital, Yaba for autopsy.

10. Andrew Nice has been arrested in his hideout at Ososa, Ogun State.

Owo Killings: I Will Always Hate Nigeria – Lady Mourns As Her Parents Were Killed In Church By Unknown Gunmen