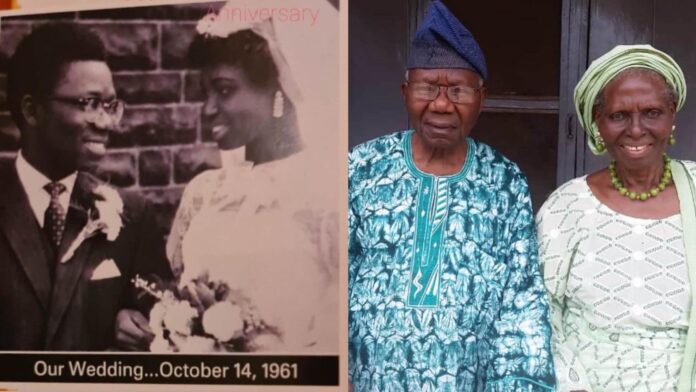 A Nigerian couple married six decades ago are celebrating their 60th wedding anniversary in grand style with lots of excitement.

Sesan Adeboyejo who is a product of the marriage took to Facebook to celebrate the marriage union of his parents.

The couple were married on 14th October 1961 a year after independence and today, October 14, they are narking the 60th anniversary of their marital journey.

Sesan shared online the photos from his parents’ wedding which was held in 1961 and the recent photos they took together.

After 5 years of dating, my boyfriend is getting married to another lady he met barely 6 months ago“ – Nigerian lady laments