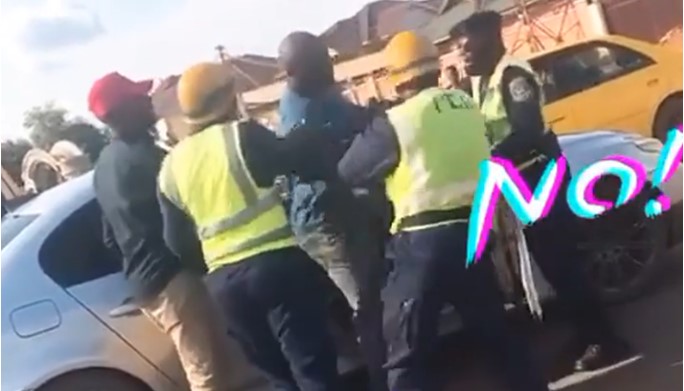 A man has been captured in a viral video dragging police officers who confronted him and stopped his car on the road.

In a video that surfaced online, the man was trying to enter his car but the uniform men were preventing him from taking his leave.

He got angered and forcefully pushed them away from his car, however, they became more aggressive. and made him face them with the intention to fight them.

This made a bystander intervene and he was begged him to calm down. The angry man pushed one of the policemen into a nearby gutter.