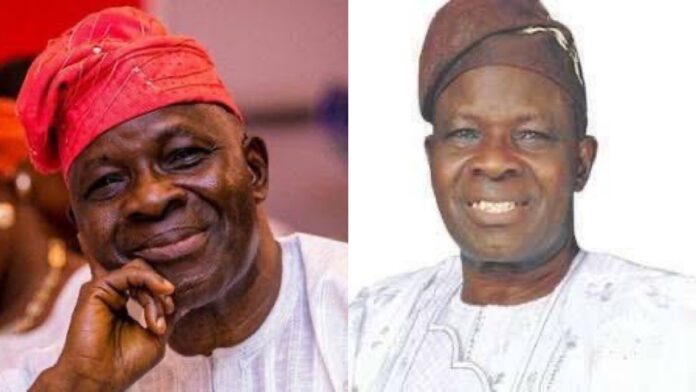 The biography of Alhaji Kareem Adepoju well known as Baba Wande, a Nigerian actor and producer who become active in the industry since 1962.

The comic actor and producer was born on the 22nd of April. 1945 in Osun State, Southwestern part of Nigeria.

Kareem Adepoju began his professional acting career in 1963 with the Duro Ladipo Theatre Group. A year after, he joined Oyin Adejobi Theatre Group when he trained under Chief Oyin Adejobi, the Nigerian formal drama artist.

Much is not known about the education of Baba Wande. The actor disclosed that if he was educated, he would have eighter become a director or manager in a company.

Alhaji Kareem Adeopju is a devoted Muslim who loves to read Quran a lot.

Alhaji Kareem Adepoju is an Instgaram user with username, baba_wande_. The comic actor has 21.8k followers as of December 2021.

The net worth of Nigerian Actor, Alhaji Kareem Adepoju is estimated at $2 million