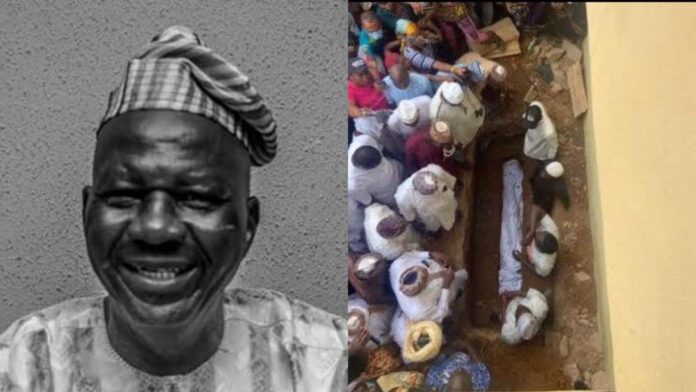 The actor died in the Ikorodu area of Lagos on Monday after suffering from a long battle illness.

According to The Punch, Baba Suwe was buried in his residence in the Ikorodu area of Lagos according to Islamic rites.

Some Nollywood dignitaries who had worked with the comic actors graced the events.