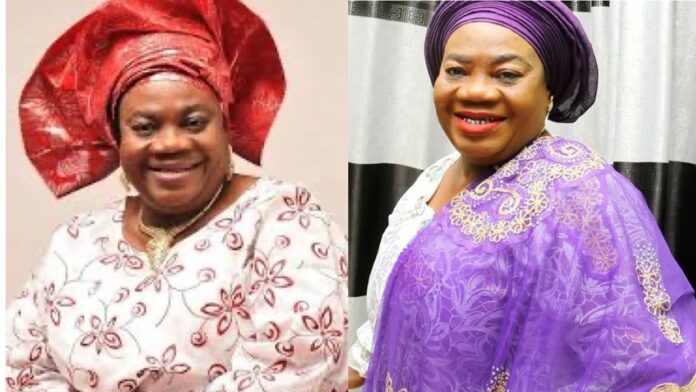 She has acted for more than 40 years and she is acting to date. She knows how to interpret roles perfectly. She’s a talented and skilled actress. She is known for acting the role of a mother and grandmother.

Iya Awero was given birth on the 3rd of October, 1950 in the Isale Eko (Lagos Island). She is a widow. She lost two of her children at a time and the next was her husband.

She came back to Lagos and she attended Moslas High School for her secondary education. She left her education for her acting.

She started acting when she was in secondary school. She was opportune to meet the English Literature Noble Laureate, Wole Soyinka. He introduced her to his School of Drama.

She joined the School of Drama after secondary school. The program was held for 6 months only. Her parents don’t want her to act but her late guardian, Olayemi Shashegbon (Mrs Berkeley) convince her parent to let her pursue her dreams.

In 1964, Adebayo Salami (Oga Bello) joined the drama group too. In 1978, Baba Mero died and Oga Bello was elected as the group leader.

They changed the drama group to Awada Kerikeri Theatre Group. Iya Awero and Oga Bello were so close to extent that Oga Bello’s mother was her daughter guardian. In 2018, she was featured in a movie titled Iya Loja in a crime blockbuster movie ‘ King of Boys’ directed by Nigerian Leading Female Director, Kemi Adetiba.

She got pregnant while she was at the University of Lagos to study at the centre of Cultural Studies. She married Adieu Hassan Adeshina who is late now for about 15 years. She has five children

The husband of Iya Awero is Adieu Hassan Adeshina. He died 15 years ago.

She has five children but she lost two in cold hands. One of them died when she was acting and the other one slept and didn’t wake up again. She left with two boys and one girl.

She is a strong pillar in the Nollywood industry. She has a net worth of 15 million dollars.