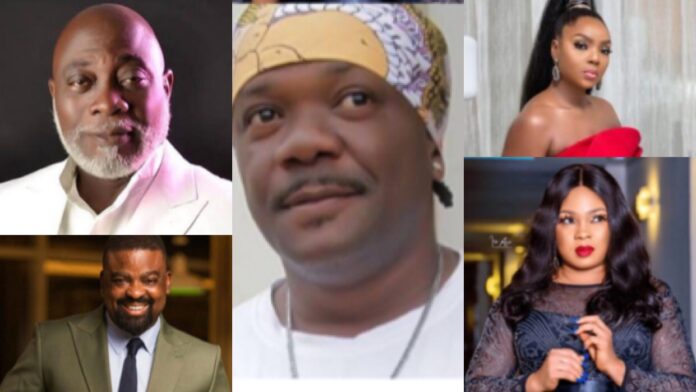 The Yoruba Industry is producing newbies that would showcase its value and culture, among them are actors that were born there. This has made the Yoruba movie industry improve drastically.

Lagos State is the second most populous city in Nigeria. Lagos is producing great and talented actors and actresses nowadays.

Jibola Dabo is a veteran Nollywood actor, scriptwriter, movie producer and director. He was born on the 12th of August, 1942. He hails from a small town Owo, in Ondo State.

Regina Chinedu Chukwu is an award-winning Nollywood actress, movie producer and CEO of Triple R. She was born on the 23rd of March, 1980 in Iyana Ipaja, Lagos State. She hails from Enugu State.

Kelvin Ngozi Ikeduba is a prolific Nollywood actor who knows how to act in English, Yoruba and Igbo movies. He was born on the 21st of August, 1976 in Ebute Metta, Lagos State. He is a native of Delta State.

Kunle Afolayan is a prolific Nollywood actor, movie producer and director. He was born on the 30th of September, 1974 in Ebute Metta, Ikeja, Lagos State. He’s an indigenous of Kwara State.

Chioma Chukwuka Akpotha is a Nollywood actress, movie producer and director. She was born on the 12th of March, 1980 in Lagos State. She is an indigenous of Anambra State.